Full Name
Ivory Heckler
Speaker Bio
Ivory Hecker founded her independent journalism company, Ivory Media, in 2021 after calling out the deception in corporate news live on air. Ivory is proud to be free from corporate overlords and untethered from special interests--a rarity in the news industry. Ivory's primary goal as a journalist is to provide citizens who value their individual liberty with the information they need to remain free and self-governing.

Ivory realized the need for independent journalism while witnessing the corruption inside her own company FOX Corp over the course of 2020 and 2021. While working as a reporter and fill-in anchor, she watched the corporation repeatedly put its special interests ahead of the viewers’ interests and the truth. She called out the corruption live on air on June 14, 2021. The video went viral around the globe. People reached out from countless parts of the world, expressing their own concerns about propaganda in the media. Thousands donated to Ivory, giving the opportunity to launch her own company.

Prior to all this, Ivory spent nearly four years as a full time hard news reporter and fill-in anchor at the Murdoch owned FOX local station in Houston—FOX 26. Ivory covered some of the biggest stories, from presidential visits by Biden, Trump, Obama, Bush, Clinton and Carter, to the death and funeral of President George H.W. Bush in his home town. She covered the massive march and funeral of George Floyd, two World Series’ involving the Astros, the Hurricane Harvey recovery, the Santa Fe mass shooting, and chemical fires and explosions in the oil and gas industry, with appearances on local and national news.

Ivory holds a bachelor's degree in broadcast journalism from the Newhouse School of Public Communications at Syracuse University in New York.
Speaking At
Canary In The Multiverse 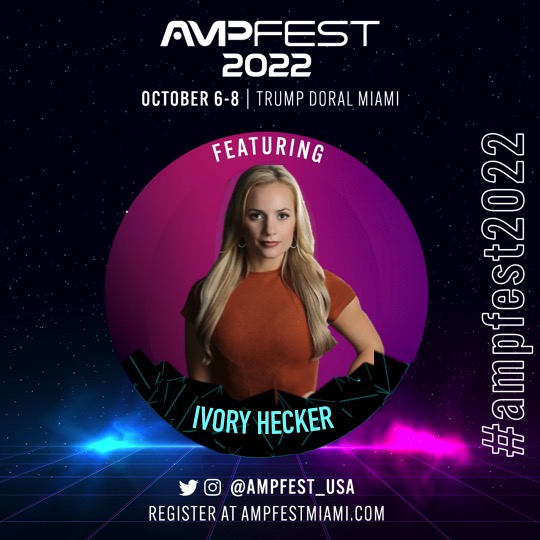